Arthur’s second wife, Mary was the daughter of William and Mary Ann Henderson Kennedy from Springfield Township in Bucks County. She was 21 when she married Arthur in 1771, taking on his household and 6 children by his first wife. Together they had 6 additional children. Arthur described Mary in letters as “as virtuous as any woman…not at all given to liquor” and “…did not have a lazy bone in her body.”

Problems in the Marriage

Arthur’s vast holdings led to difficulties in his married life. Mary had grave concerns for her and her children’s inheritance and on how to equally distribute Arthur’s wealth fairly amongst all his heirs. This caused a schism and at least one separation between Mary and Arthur. According to the minutes from the Quarter Session held at the County Seat in Newtown, Arthur ejected Mary from their home, and she sued him for support.

The minutes alleged, “your petitioner having had, some time ago, the misfortune to fall under the displeasure of her said husband, he took revenge of her in a most indecent and inhumane manner by beating and abusing her, driving her out of his house in the night time without shoes or stockings or necessary clothing, and publishing her in the newspapers that no correspondent should trust her upon his account and discharging tenants and near neighbors from taking her in and harboring her in their houses, meaning not only to deprive her of the comfort and satisfaction of enjoying the company of any of her children which she has had by him."

In 1790, Arthur wrote to Mary’s brother Robert Kennedy that “he had fallen upon a plan to keep peace between his two families…He was preparing to move Polly and her children to the new countries; he had made large purchases there and would purchase more until his estate there was fully equal to the estate down here.”

When Arthur died, he had not yet been able to put his plan in place. However, Mary received her 1/3 dowager portion of his estate, and her children did inherit the lands in Luzerne County, while Arthur’s children by his first wife remained on his lands in Bucks County.

Footnote 1: The Colonel from Erwinna, The Intelligencer 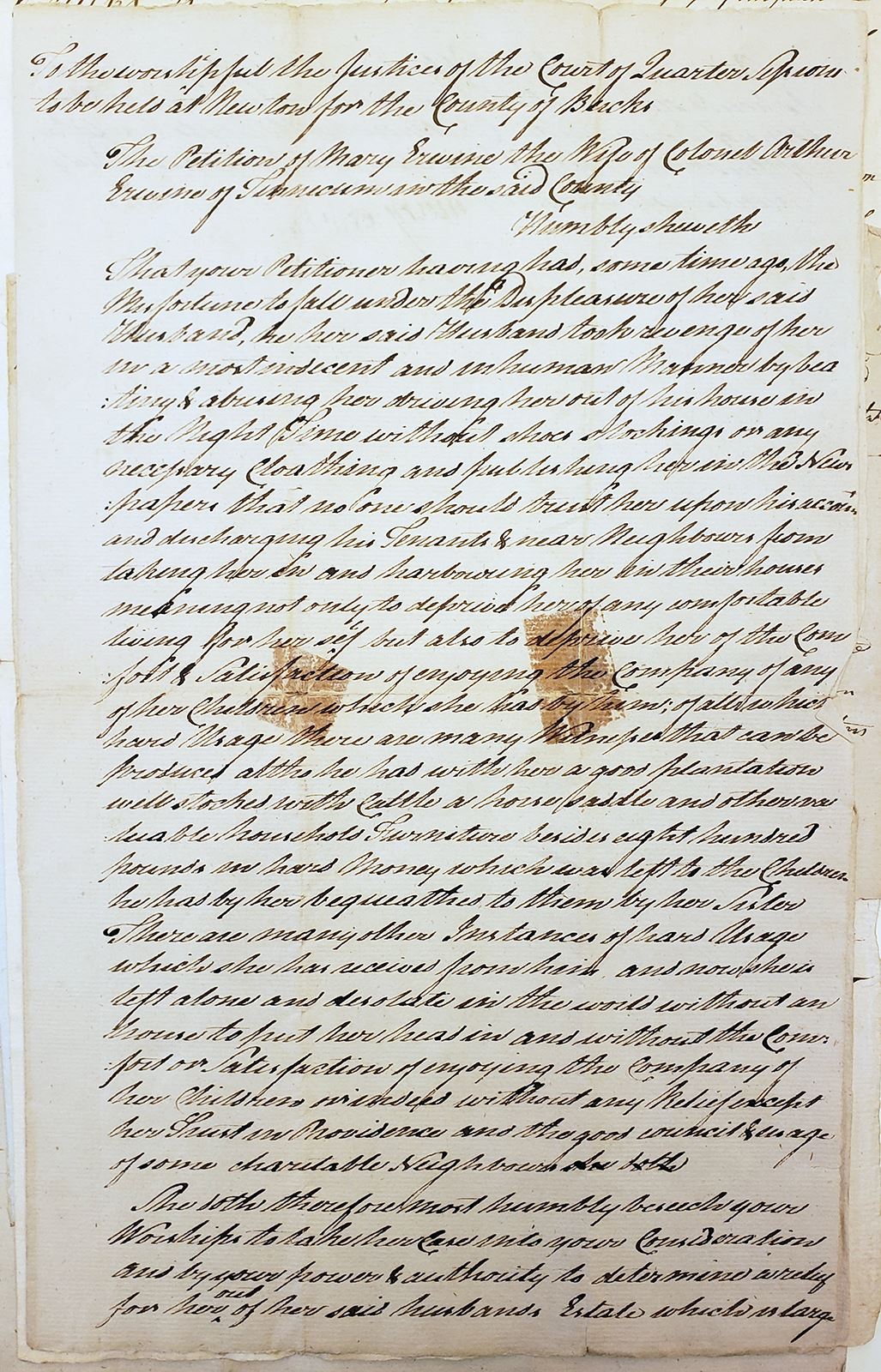 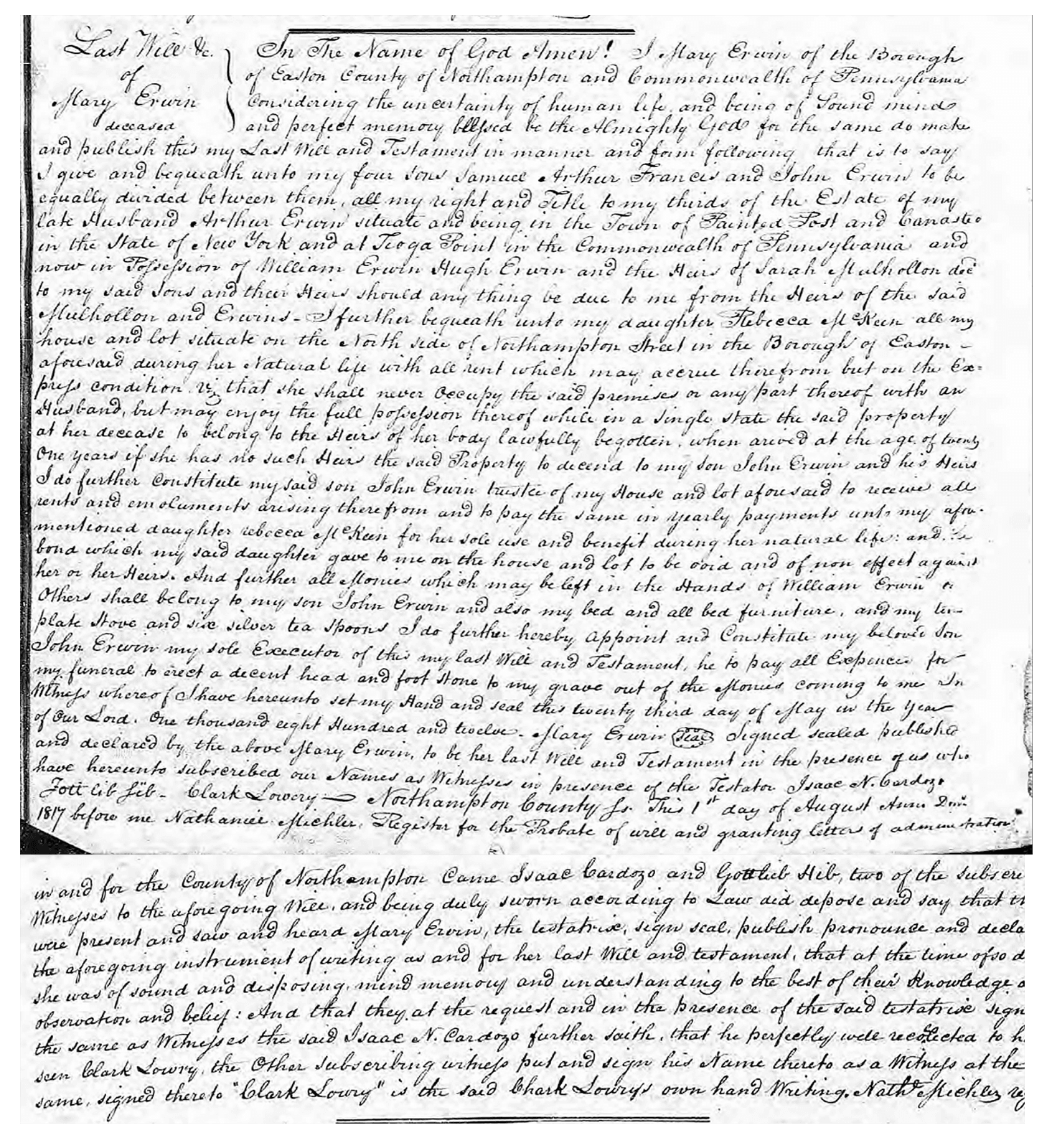