Arthur Erwin was an Irish immigrant who came to Philadelphia on Aug. 18, 1768 on the ship, Newry Assistance with his pregnant wife and six children: John, Joseph, William, Sara, and Arthur. During the 3-month long voyage, his wife, Mary Scott Erwin, died at sea two weeks after giving birth to a baby who also died.

In March of 1769, Arthur Erwin bought 944 acres in Tinicum Township, the site of the town of Erwinna on a property then known as the Red House Farmstead. On July 27, 1771, Arthur Erwin married Mary Kennedy, of Springfield Township. Over the next decade, Arthur purchased more acreage and by 1780 was the largest landowner in the entire township with 2,555 acres. He was often described as being larger than life, standing at 6 foot 6 inches in height.

The Erwin Family were members of the Red Hill Presbytery Church in Ottsville. Arthur served on the building committee in 1770. Together he and Mary Kennedy had six additional children: Samuel, Mary, Rebecca, Arthur, Francis, and John. All of their children were baptized at this church. 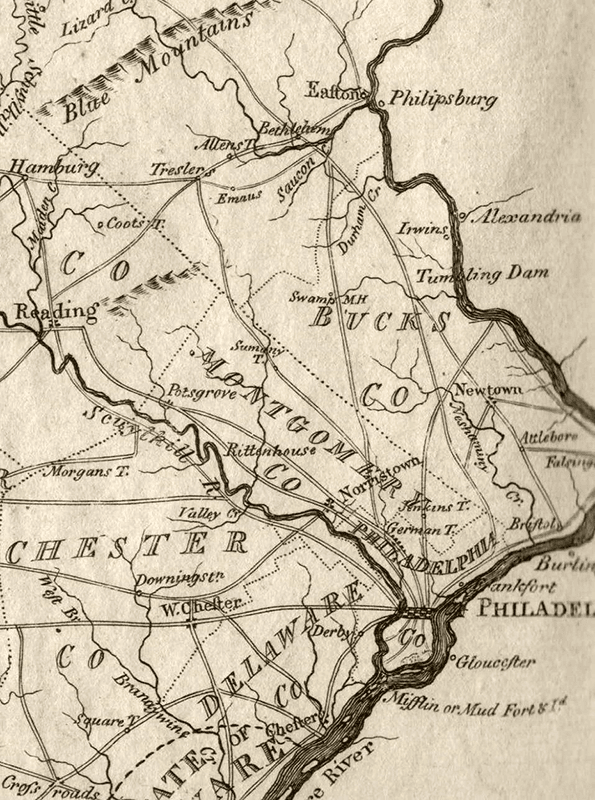 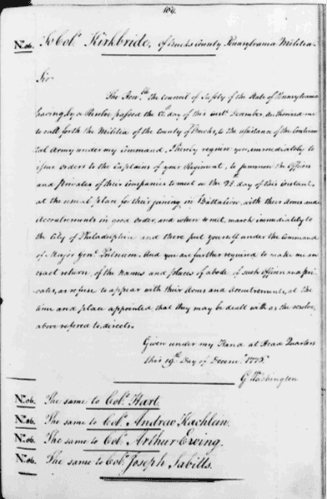 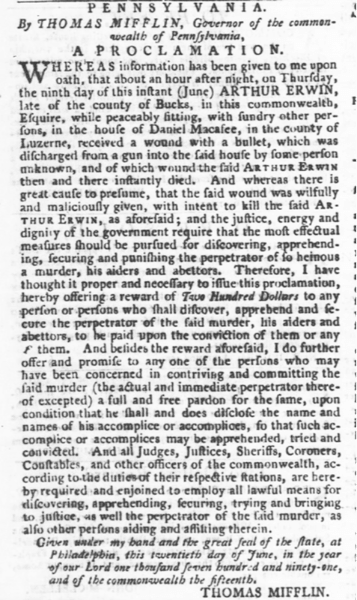 During the Revolution, Arthur Erwin enrolled as a captain in the Second Company of the Tinicum Associators and was first Commissioned in 1776 as a Colonel of the Fourth Battalion of the Bucks County Militia and a year later commissioned as a Colonel of the Second Battalion of the militia, at the age of 51. On Christmas Day in 1776 it is said that he provided some of the boats used in the transporting of Washington’s troops across the Delaware.

Between 1785 and 1791, Arthur Erwin began purchasing large lots of land in the County of Luzerne. Shortly after accumulating 45,000 acres, he became victim to a border war between the settlers of Pennsylvania and Connecticut. On the 9th of June, 1791, at the age of 65, Arthur was assassinated by Connecticut Settlers who disputed his land purchases at Tioga Point in the County of Luzerne.